When you care it shows. And people take notice.

See who’s been noticing Cube Care.Cube Care was founded on a single principle. To care for everyone we come in contact with, without exception. To care for our suppliers, our community, our team members and especially our clients. We are thrilled that our efforts have been recognized and continue to be recognized by the communities and the people that we serve. You have our guarantee that we will continue to follow this simple principle day after day, year after year, and make Cube Care’s dedication to service and high quality an example we hope will inspire all who come to know us. 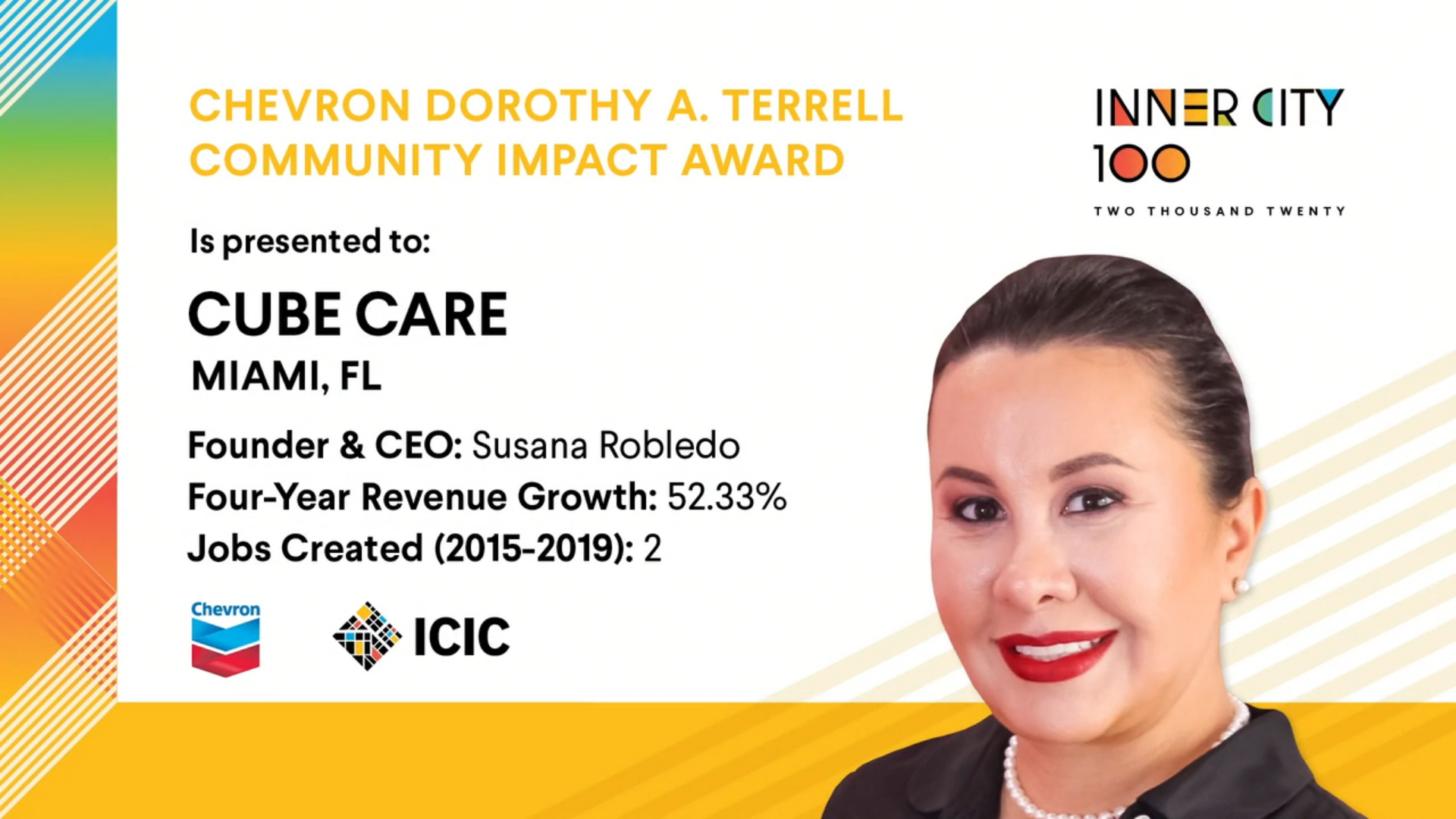 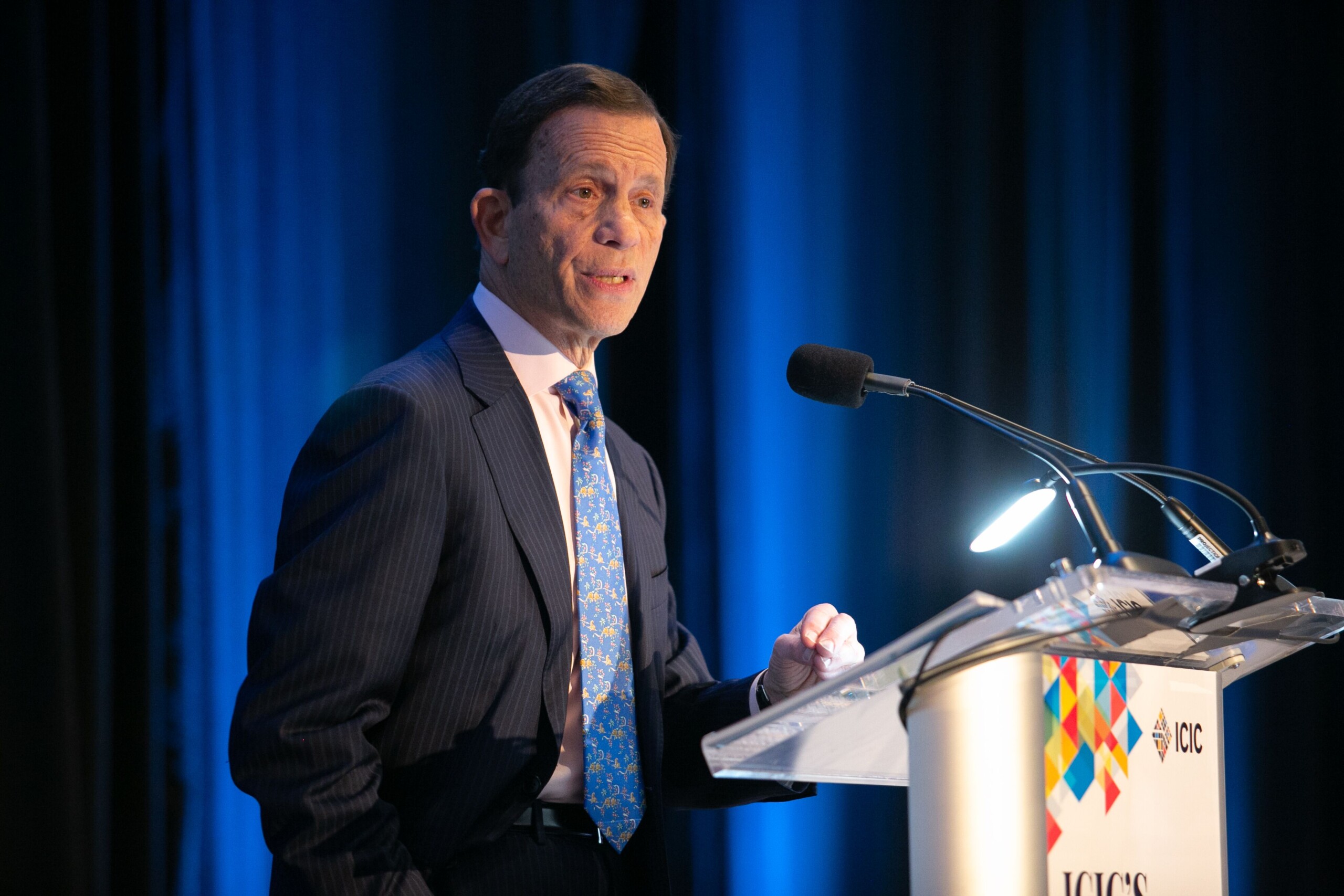 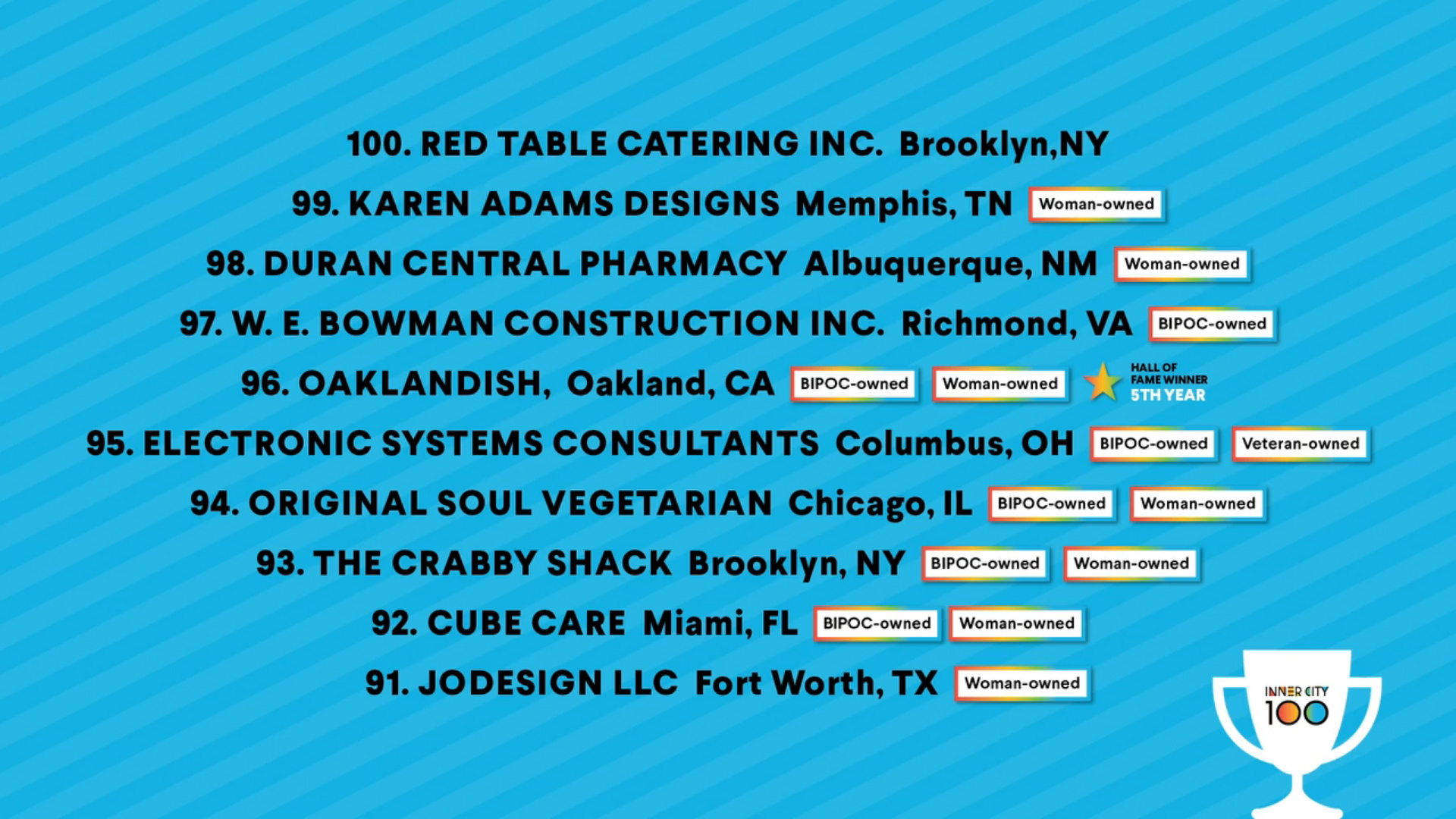 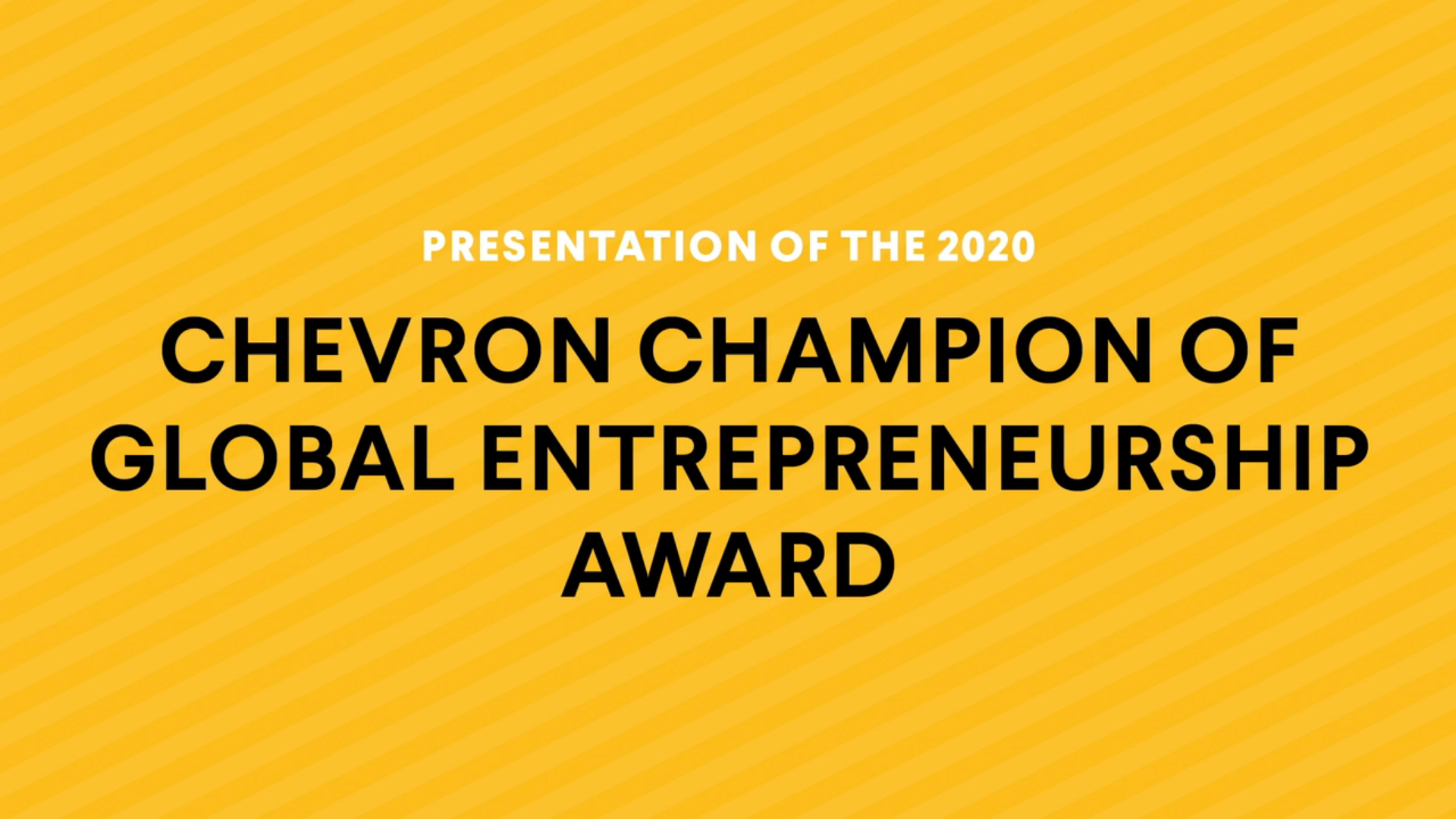 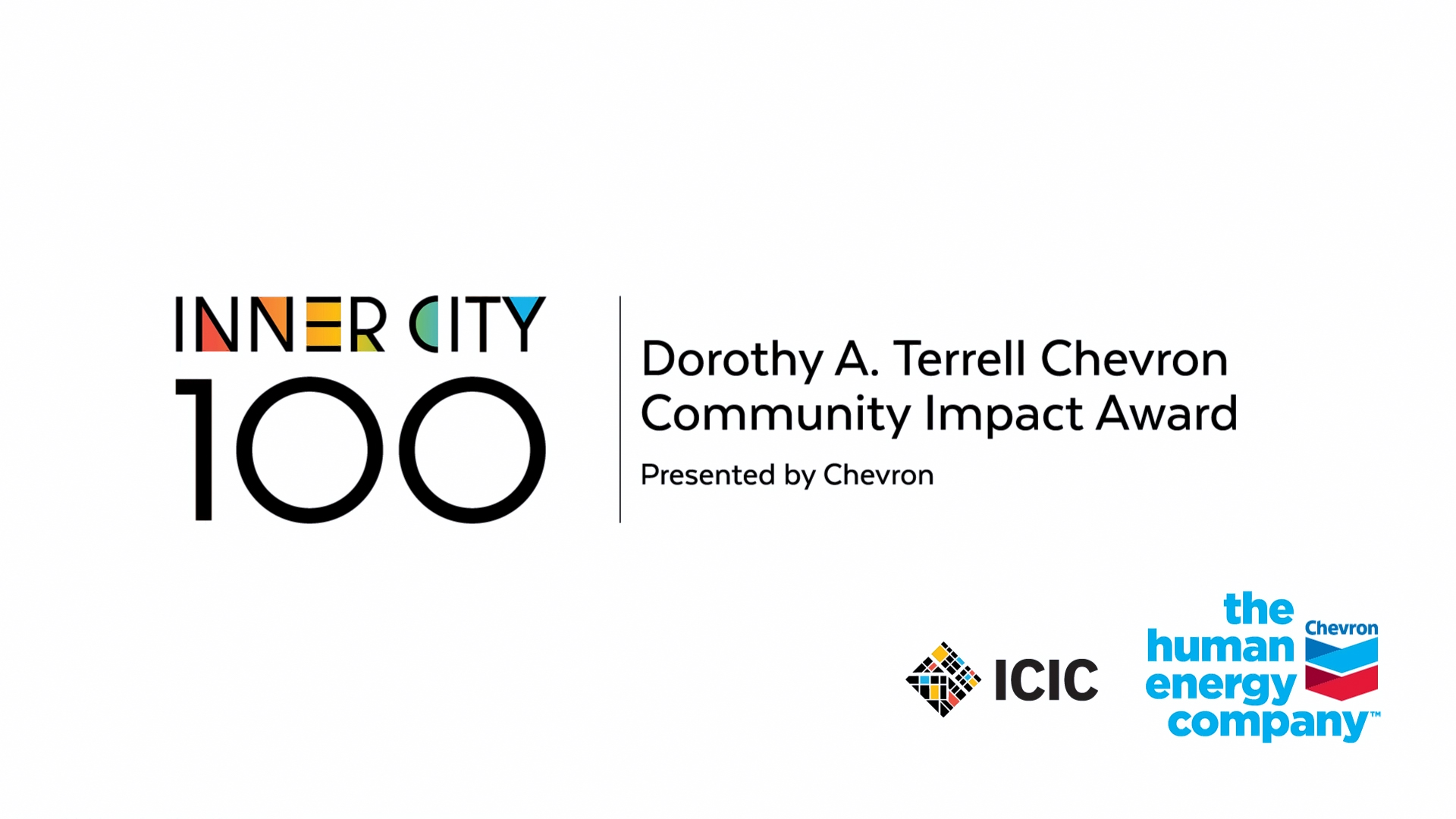 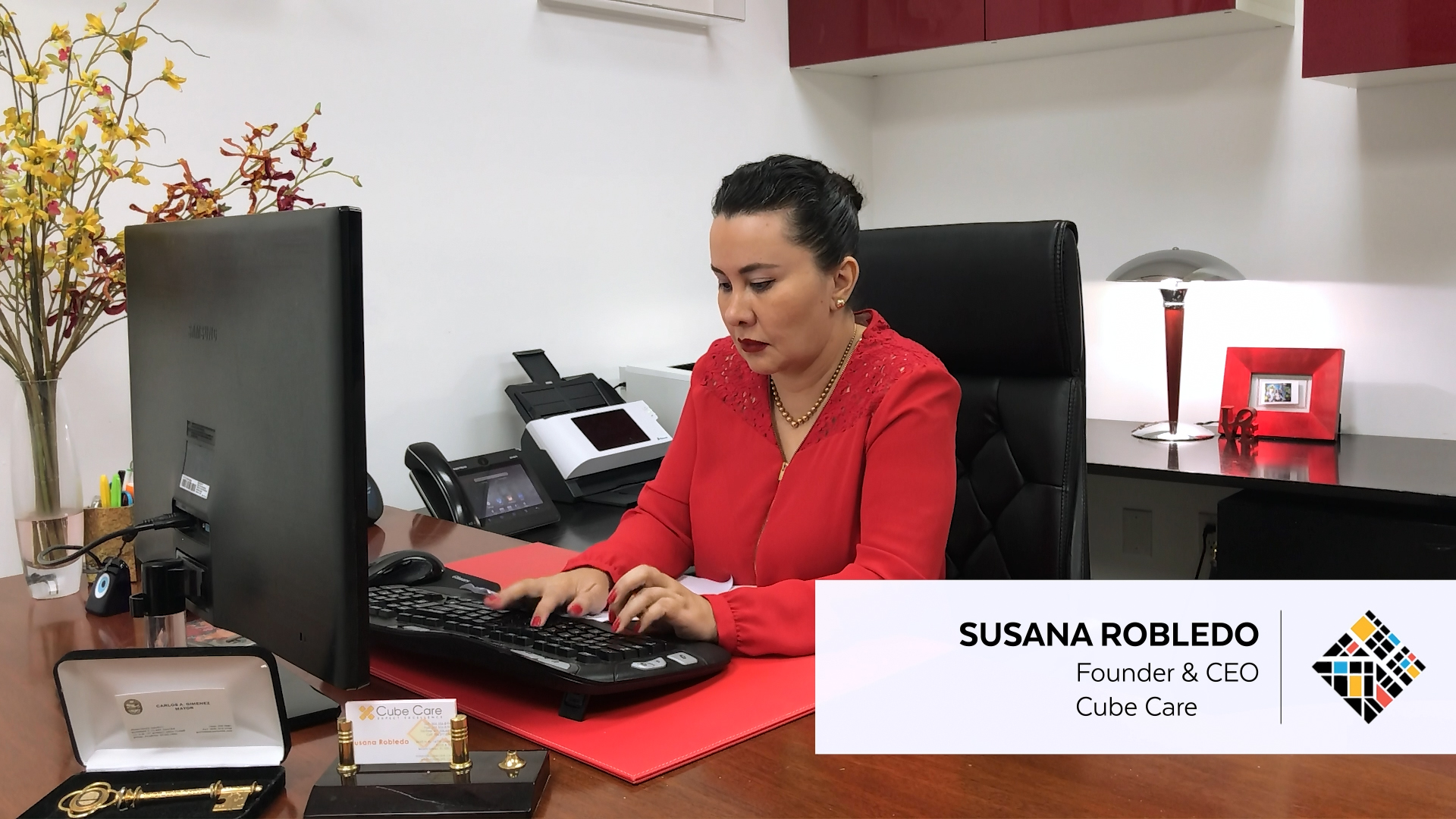 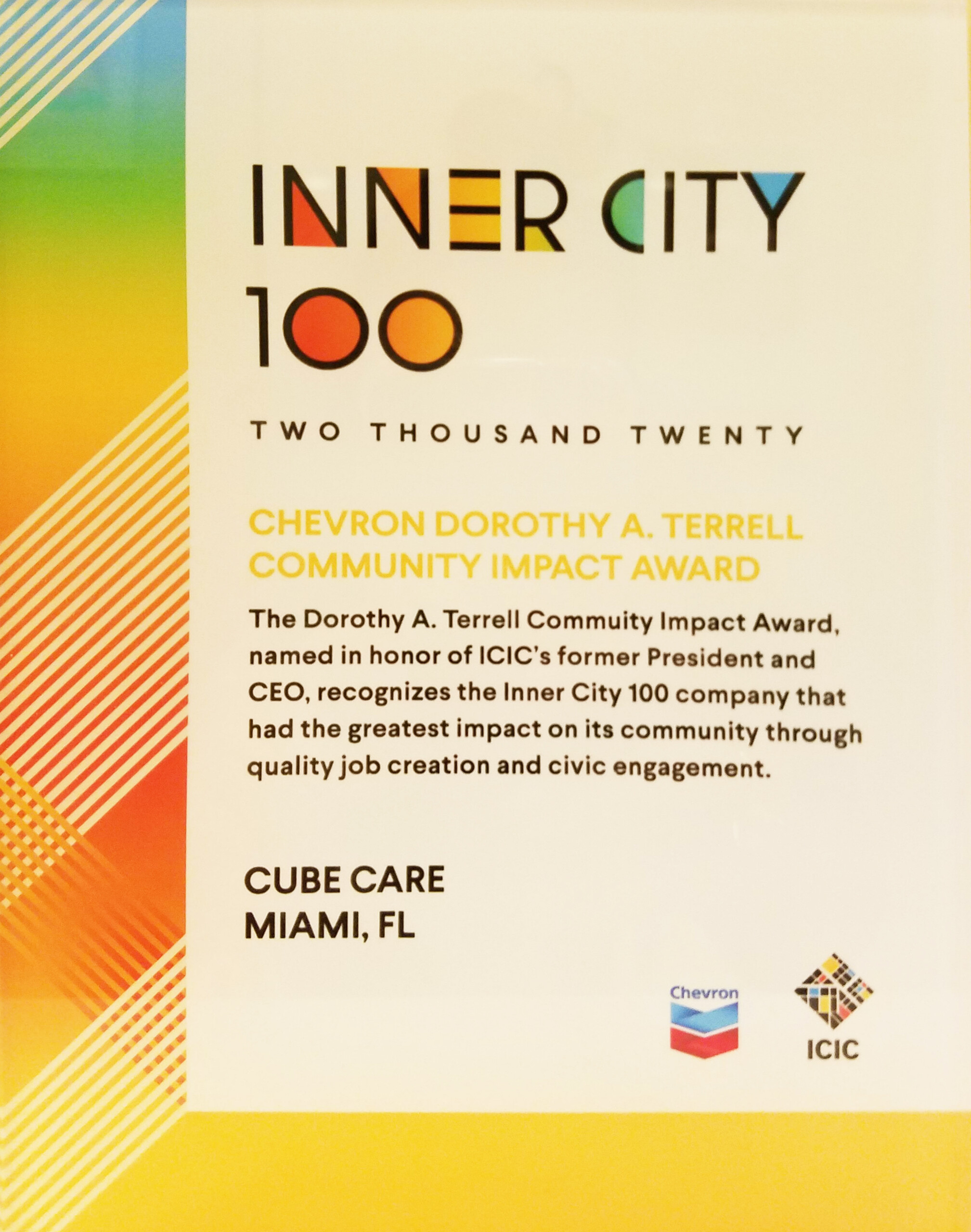 2018 Class II Supplier of the Year 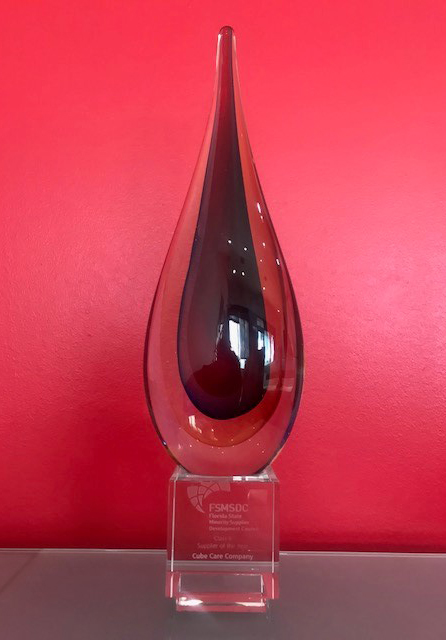 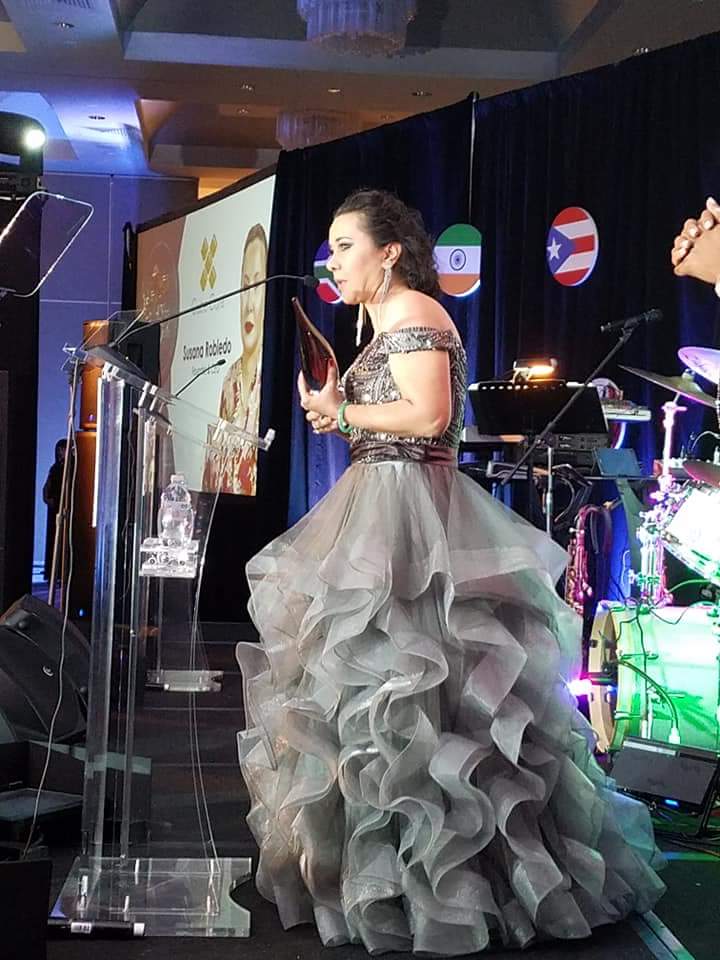 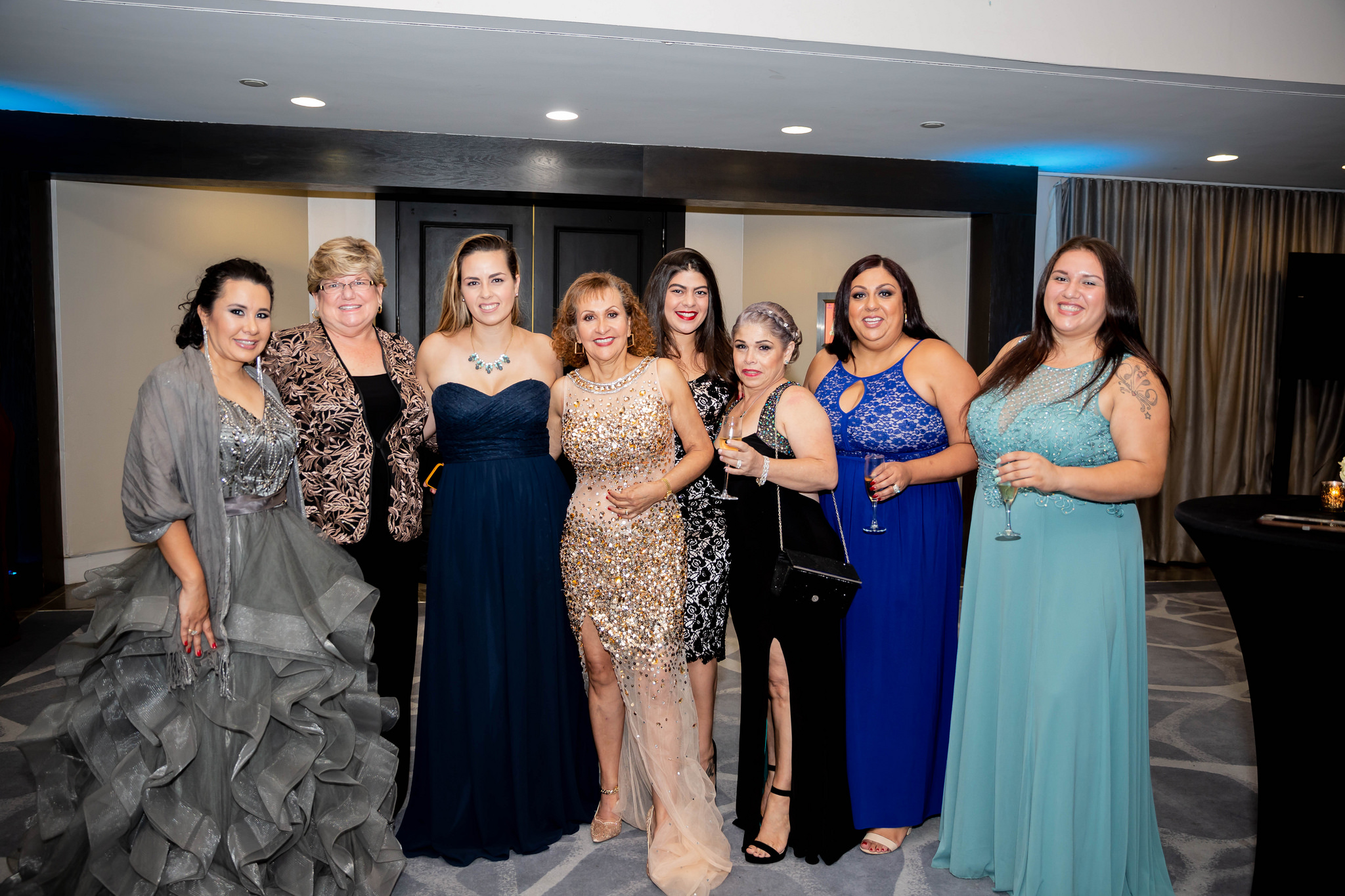 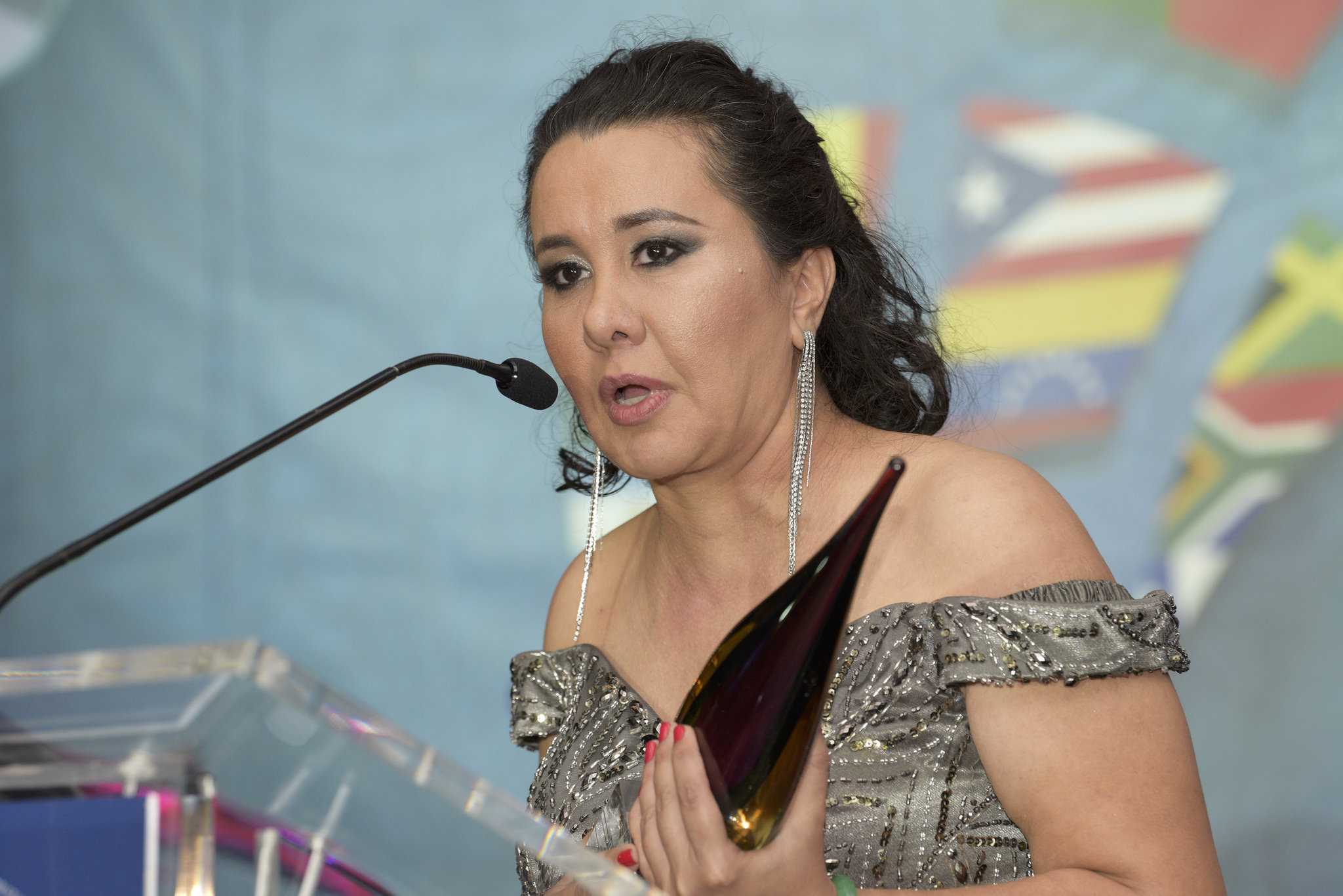 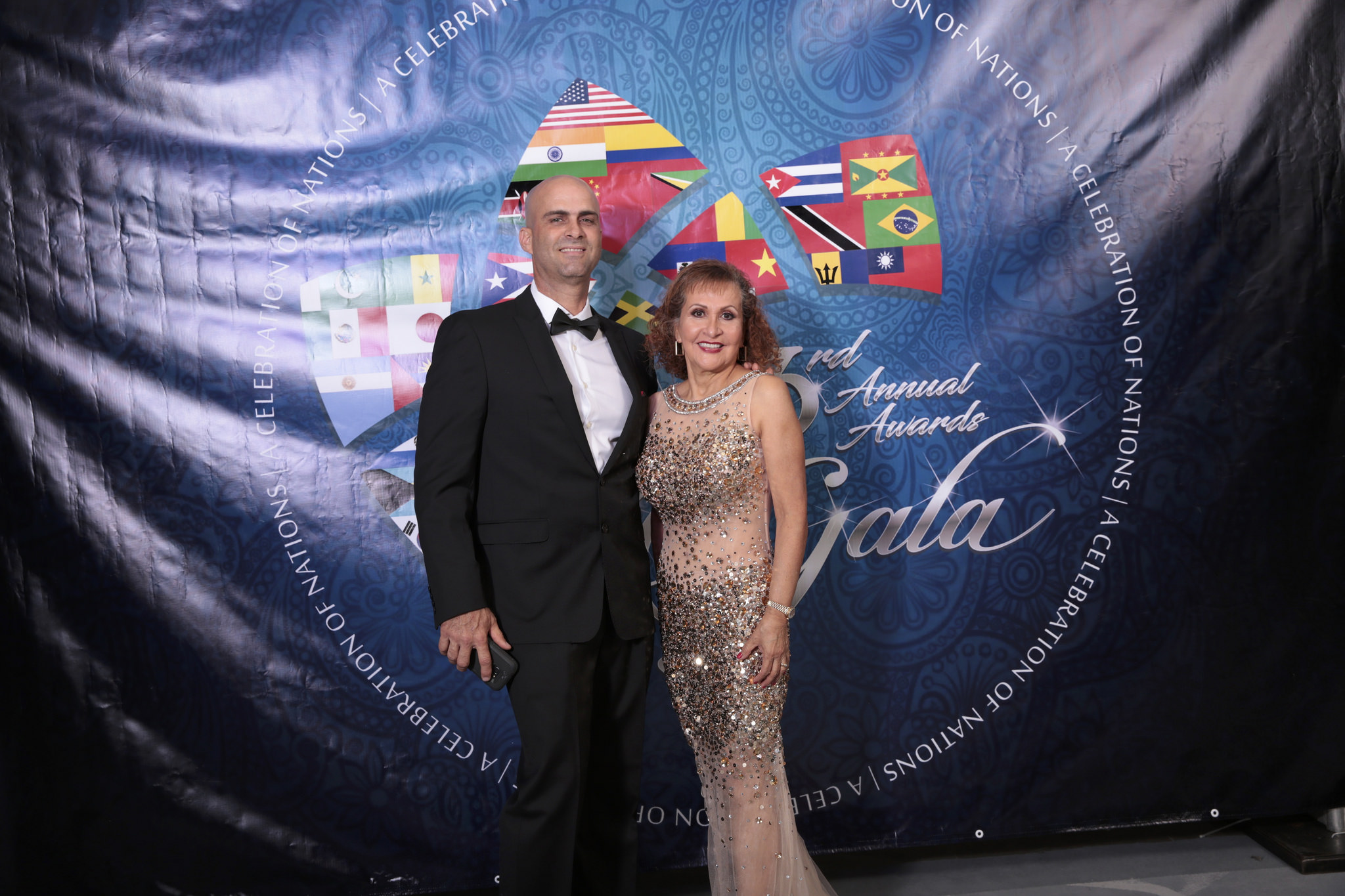 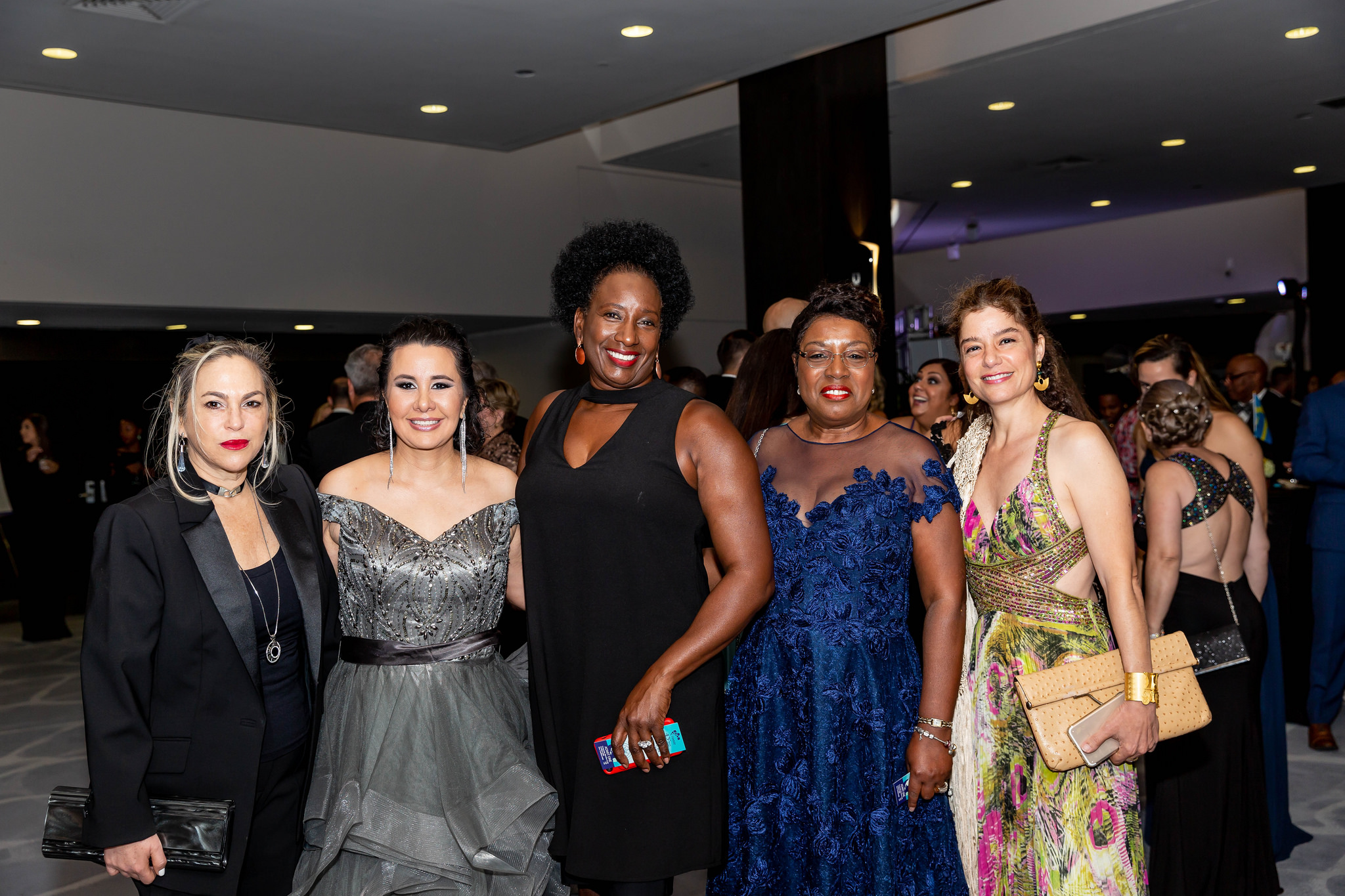 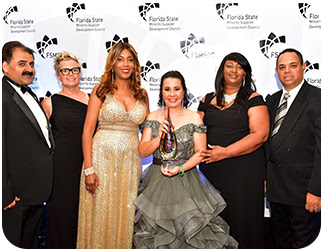 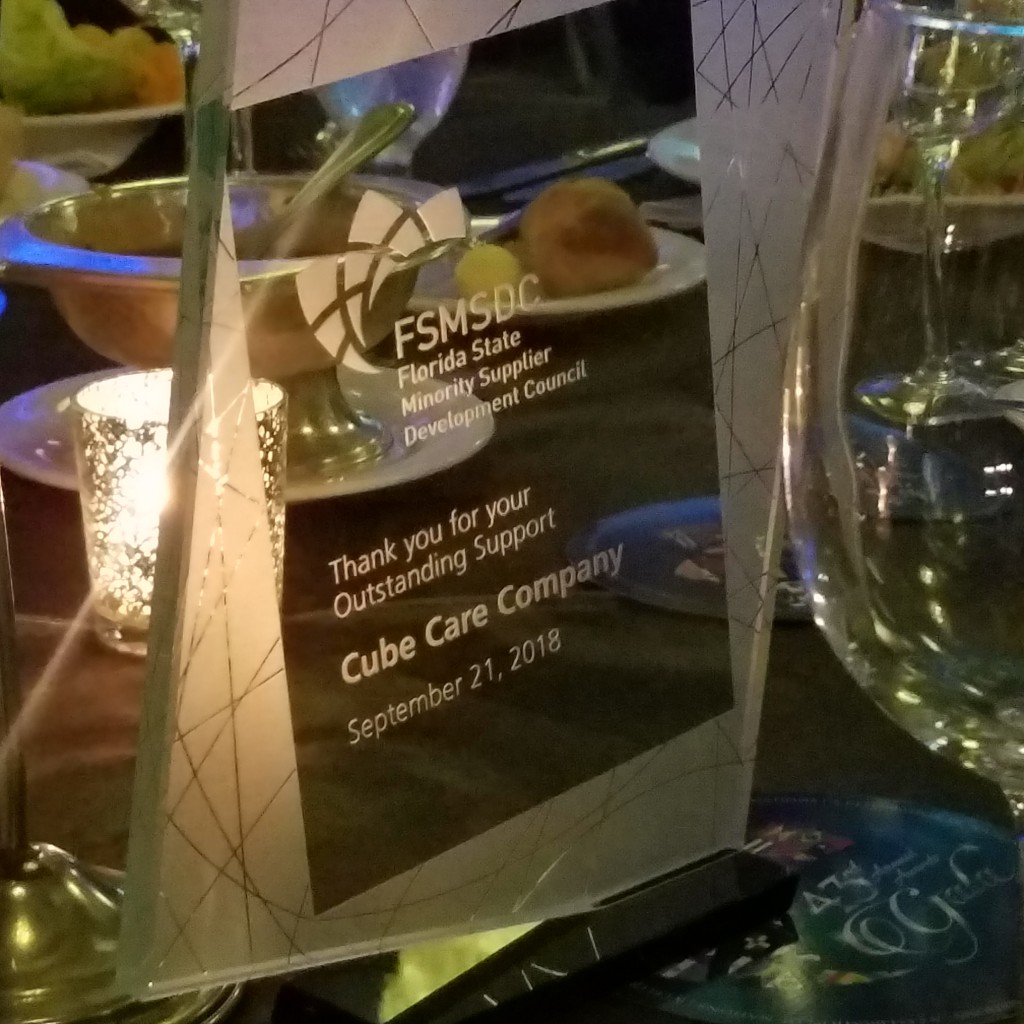 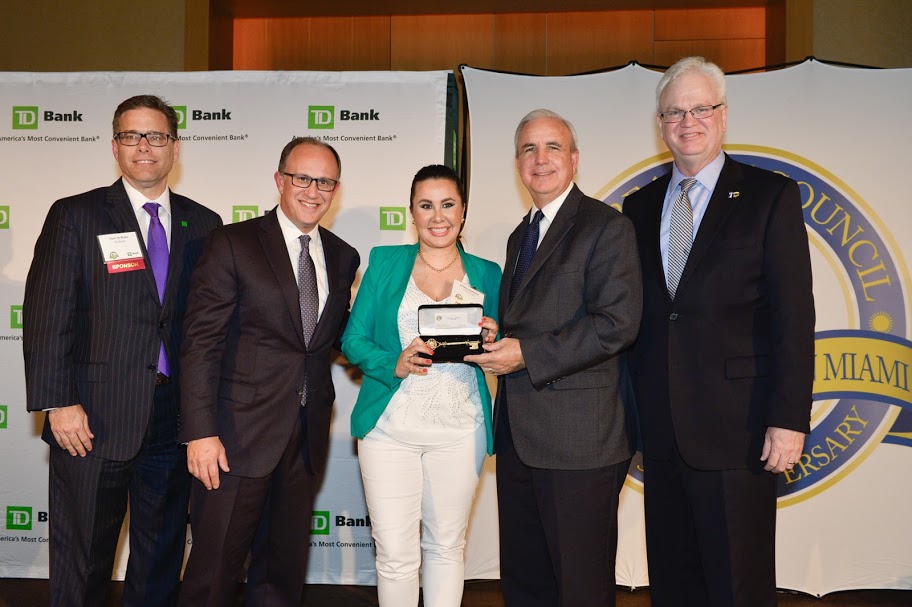 Small Business is vital to the financial well-being of the South Florida economy, a critical engine to our community’s success. Bank of America is proud of their longstanding partnership with the Greater Miami Chamber of Commerce including sponsorship of the Top Entrepreneurial Awards since its inception in 1983 and has selected Cube Care Company as one of the three finalists in the category of Young Professional of the Year for the Greater Miami Chamber of Commerce 2015 Top Entrepreneurial Awards.

Cube Care Company is pleased to announce our 2015 victory in ranking #34 out of 50 Top Women-Led
Businesses.This marks the third time that Cube Care Company is nominated and claims the triumph of this prestigious
award.To see the survey report to learn about the obstacles, growth projections, and trends identified by Florida’s female business leaders and for a complete list of winners, click here!

Cube Care Company has been recognized by Inc. magazine as one of the fastest-growing private companies in America.

Our company has been published for the first time into their 2015 Inc. 5000 Rank.

We look forward to keeping coming up through the ranks.

50 Most Powerful Minority Entrepreneurs, Advocates and Lifetime Achievers Award issued by US DEPARTMENT OF COMMERCE 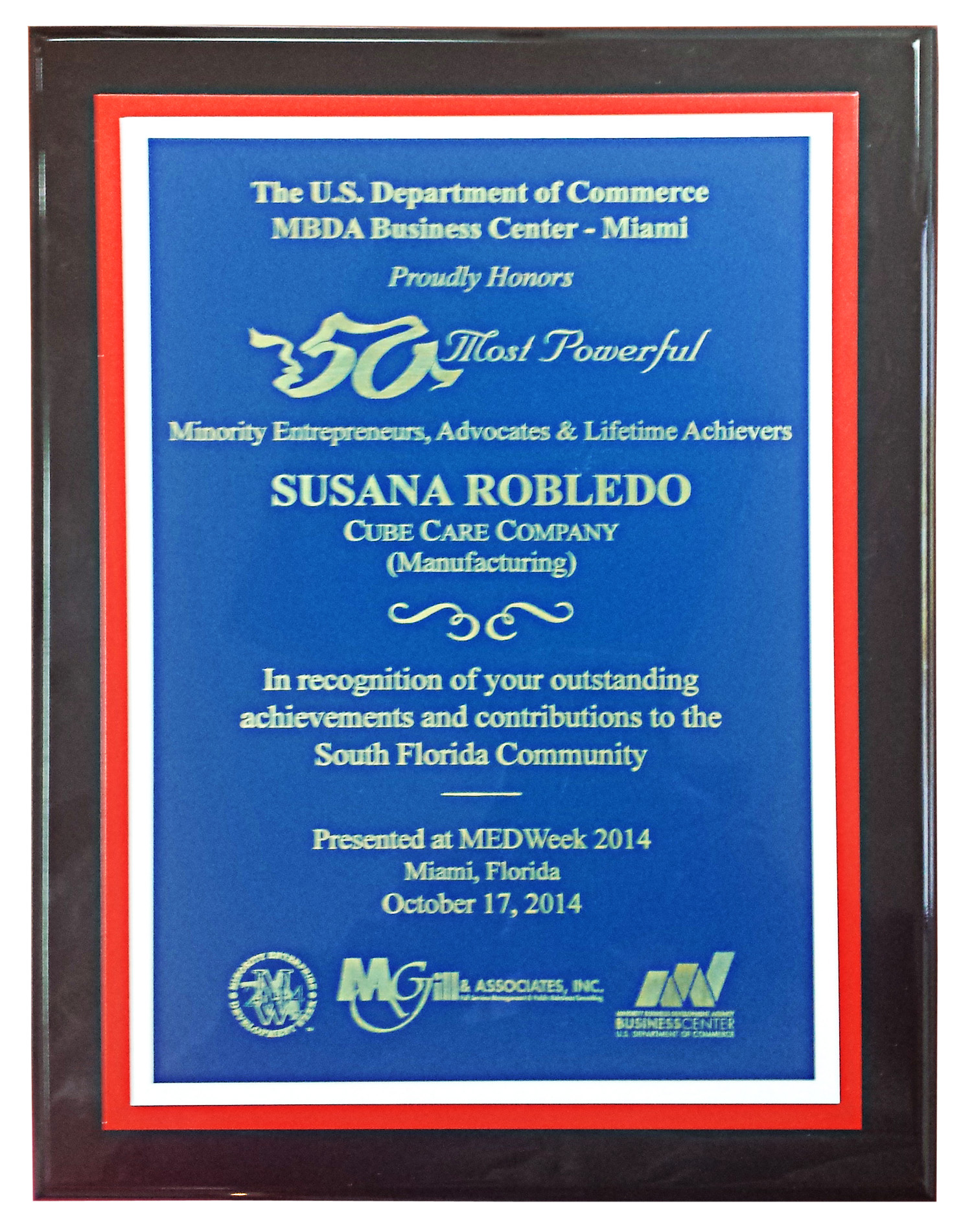 Cube Care Company is proud to announce our 2014 victory in ranking #37 out of 50 Top Women-Led
Businesses.

This marks the second time that Cube Care Company is nominated and claims triumph of this prestigious
award.

We look forward to continue moving up in ranks in the years to come!.For a complete list of winners, click here!

Best selling author Jim Collins wrote a business masterpiece and best seller “The Good to Great” which inspired the Greater Miami Chamber of Commerce to start the Good to Great Awards in 2005, showcasing top businesses in the Tri-County region that have achieved greatness and established themselves as industry
leaders.
Among thousands of applicants, Cube Care Company was chosen, along with the other 2014 winners including Royal Caribbean Cruises, Castle Group, and GA Telesis.
Cube Care Company’s transition from solid performance to great performance spoke for itself with this year’s victory in such a prestigious award.Pictures of the event can be seen here!!
Past year winners can be seen here!!

2013 Regional Supplier of the year NMSDC 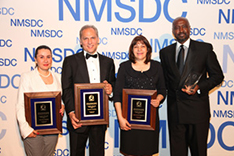 Cube Care competed against 16,000 NMSDC certified businesses across the country and proudly became the selected winner as the 2013 Regional Supplier of the year for the Southeast Category 2 Region.

The regional awards are given annually to minority suppliers who have distinguished themselves and their businesses by successfully demonstrating growth in sales and employment while overcoming significant obstacles; consistently providing high-quality products and services at competitive prices and significantly contributing to the growth and development of their community.
Click here to enjoy the f l newsletter. 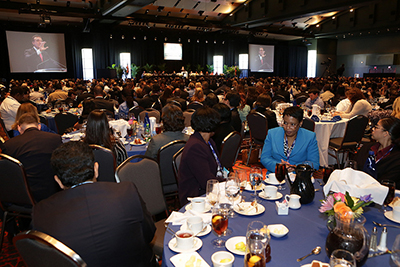 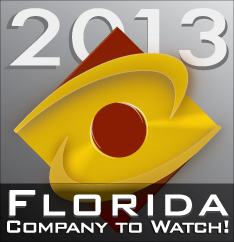 Florida Companies to Watch is an awards program that celebrates privately held second-stage companies headquartered in the state. To be eligible, applicants must employ between 6 and 99 f l-time equivalent employees and have between $750,000 and $50 million in annual revenue or working capital in place. Awardees are selected for demonstrating the intent and capacity to grow based on employee or sales growth, exceptional entrepreneurial leadership, sustainable competitive advantage, outstanding corporate culture, inspired community giving and other notable strengths.

Among the honorees in 2013 is CUBE CARE COMPANY.
CUBE CARE IS A MANUFACTURER OF CUBICLE CURTAINS, DISPOSABLE PRIVACY CURTAINS, ARCHITECTURAL TRACKS AND DECORATIVE PRODUCTS THAT PROVIDE PRIVACY FOR THE HEALTHCARE SECTOR AS WELL AS AN AESTHETICALLY PLEASING AND HEALING ENVIRONMENT, CUBE CARE IS UNIQUE IT IS INDUSTRY, BY BEING ABLE TO PROVIDE A TURN KEY OPERATION TO THEIR CLIENTS FROM THE DESIGN, MANUFACTURING, INSTALLATION TO FUTURE SERVICE AND MAINTENANCE.

About second-stage businesses and Florida Companies to Watch

Florida Companies to Watch is unique because of its focus on second-stage companies and the wide-ranging industries they represent. The impact of these companies on Florida’s economy is immense, and this year’s honorees are examples of such companies in the state. During 2007-2009, Florida’s resident companies averaged more than 110,000 second-stage establishments according to YourEconomy.org, an online resource of the Edward Lowe Foundation. Those second-stage companies employed nearly 2.5 million workers. For more information, please visit:www.GrowFL.com

About GrowFL
GrowFL provides strategies, resources and support to second-stage companies for next level growth. By supporting companies with Strategic Research and peer-to-peer CEO mentoring, GrowFL helps companies overcome obstacles to growth and leads them towards prosperity. Based on the philosophy of Economic Gardening – to grow existing businesses in a community, region or state – GrowFL is the program of the Florida Economic Gardening Institute at the University of Central Florida and is a critical component to the state’s economic development strategy and Florida’s entrepreneurial ecosystem. During the pilot program from 2009-2011, GrowFL helped more than 400 companies create 1,400 new jobs and had an annual economic impact of $510.4 million. At the beginning of 2013, that number has grown to nearly 700 companies supported by GrowFL. For more information:GrowFL.com.

Over 1,300,000 business in the United States had the opportunity to participate in the 13th Annual “Top Business List”. The winners were chosen based on company profile and annual gross revenue.

Over 1,300,000 business in the United States had the opportunity to participate in the 13th Annual “Top Business List”. The winners were chosen based on company profile and annual gross revenue.
Cube Care Company made the elite TOP 500 for both “Top 500 Business in America” and “Top 500 Emerging Business in America”. We will be receiving our award along with Fortune 500 companies at the Wynn Resort in Las Vegas, Nevada, April 24 2013.

We are proud to have made the prestigious award of Top 50 Women-Led Business in Florida on March 19, 2013.
Presented by the Commonwealth Institute.
Top_50_Women_Led_Business_in_Florida_2013.pdf

2012 Top Small Business of the South

Cube Care Company was recognized by Business Leader Magazine has named CUBE CARE on to the TOP 300 companies of the SOUTH. And was raked 16 in South Florida and 84 for the entire Southern States. Read more.

2012 Supplier of the Year Award

Cube Care was nominated by the University of Miami as their supplier of the year and went on to WIN the prestigious award against very prominent companies that sought after this important recognition.

2011 Nominated for the Supplier of the Year Award by Baptist Health South Florida? and Jackson Healthcare System
Throughout the year, Baptist Health South Florida and Jackson Healthcare work with hundreds of capable suppliers, but few are nominated as Supplier of the Year. Cube Care Company has received that honor and is grateful for the opportunity to provide excellent service, quality and care to these two remarkable organizations. Learn more about the Southern Florida Minority Supplier Development Council (SFMSDC)at www.sfmsdc.org

2011 Statewide Minority Manufacturer of the Year

2011 Statewide Minority Manufacturer of the Year presented by the U.S. Department of Commerce and Minority Business Development Agency MEDWeek
Throughout the year, Baptist Health South Florida and Jackson Healthcare work with hundreds of capable suppliers, but few are nominated as Supplier of the Year. Cube Care Company has received that honor and is grateful for the opportunity to provide excellent service, quality and care to these two remarkable organizations. Learn more about the Southern Florida Minority Supplier Development Council (SFMSDC) at www.sfmsdc.org
Cube Care Company has been recognized for outstanding performance in all areas by creating employment, promoting sustainability, and engaging in community involvement and growth. President Susana Robledo and her manufacturing and administrative team are dedicated to providing turnkey solutions that deliver the highest quality products and textiles available. Learn more at http://www.mbda.gov/ and http://medweek.mbda.gov/
Back to Top